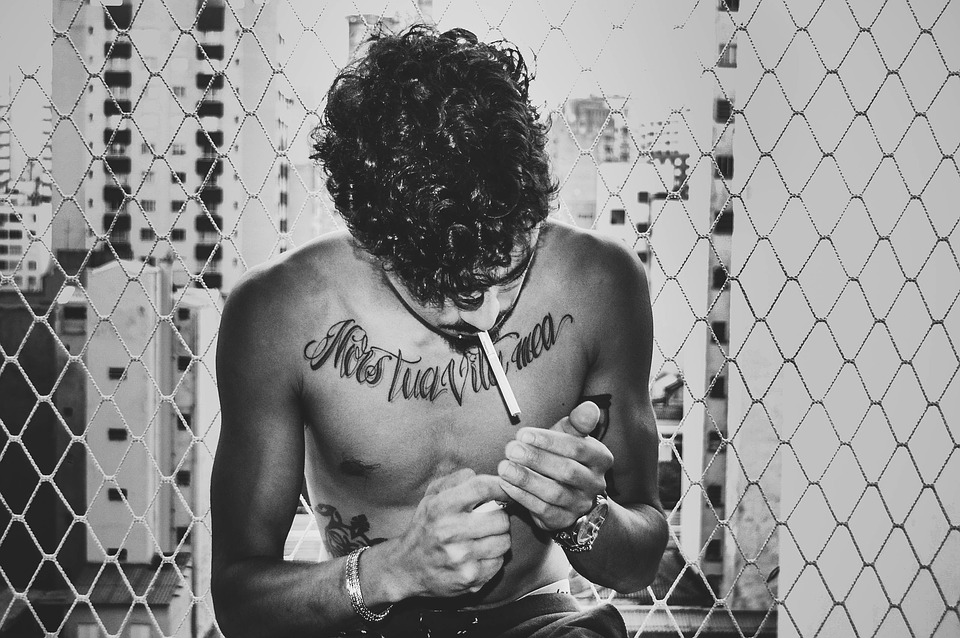 The phrase “bad boys” is one that conjures up a multitude of contradictory connotations. In sports, the Detroit Pistons wore the moniker proudly as they pummeled their way to consecutive NBA championships. Those bad boys, however, are long gone and now the same team is just plain bad.

In art, Jerry Bruckheimer produced “Bad Boys” in 1995 and “Bad Boys II” in 2003, starring Will Smith and Martin Lawrence as bad boy Miami detectives. These likable actors, however, failed to convey much of a bad boy image and critics panned the movies. Not deterred, a third installment, “Bad Boys III,” is scheduled for 2015, but it too (like “Die Hard 5”) is likely to disappoint.

In life, John Alleman had become a Las Vegas sensation. Starting in about June 2011, he stood outside the Heart Attack Grill for nothing more than the love of the place (and some occasional free food) and colorfully pitched and cajoled people to sample such delicacies as Flatliner Fries, Butterfat Shakes, and the king-of-them-all, the Quadruple Bypass Burger (which holds the Guinness World Record for the “most calorific burger”). Late last year, this bad boy suffered a massive heart attack at a bus stop and died, thus ending his short—but glorious—reign as Sin City’s leading tempter of fate.

In the law, bad boys often find they pay a hefty and quite disproportionate price for their bad acts. Consider, for example, the case of Michael Turner. This bad boy received a $40,000 insurance settlement check three days before he filed bankruptcy and then cashed the check three days after he filed bankruptcy, using about one-quarter of the proceeds to pay down a mortgage while pocketing the rest.  His failure to disclose this asset in his bankruptcy schedules, as mandated by the Code, led a grand jury three years later to return a six-count indictment against him that eventually resulted in a bankruptcy fraud conviction and a 27 month jail sentence.  The 11th Circuit recently upheld his sentence as appropriate under today’s harsh federal sentencing guidelines. United States v. Turner, 2013 WL 510092 (11th Cir., Feb. 12, 2013).

Some bad boys, however, manage to avoid the cudgel of the law by seizing onto a loophole that averts near-certain doom. Consider, for example, bad boy Bernie Kurlemann, whose bank fraud conviction was reversed because the statute only criminalizes “false statements.”  Since he kept his mouth shut and told only half the truth, the court ruled, he couldn’t be convicted under a statute that does not criminalize “half-truths,” “material omissions,” or “concealments.”   United States v. Kurlemann, 2013 WL 513976 (6th Cir., Feb. 13, 2013) . True, Kurleman was still convicted on bankruptcy fraud charges, but that paled in comparison to the time he would have served had the bank fraud conviction been upheld.

Finally, consider so-called “bad boy” bank guaranties, where one’s personal liability to a lender is instantly multiplied from a fraction of the loan amount to the full indebtedness simply because one engaged in any one of various enumerated “bad acts” (such as waste, fraud, misappropriation, bankruptcy, receivership, violation of special purpose entity covenants, or incurrence of subordinate debt without the lender’s consent). Here in Illinois, bad boy Laurance Freed, developer of the long-vacant “Block 37” on North State Street in Chicago, committed such a bad boy act when he had the temerity to contest the bank’s appointment of a receiver and file defenses to the bank’s foreclosure action. Though the ensuing delays were but a mere nuisance for the bank, that didn’t stop the Illinois Appellate Court from affirming that (i) Freed’s nominal challenges to the bank’s actions triggered the full $206 million recourse liability (up from $50 million) and (ii) the increase was not wholly disproportionate to the damages suffered by the bank from having to deal with the nuisance litigation and so was not an unenforceable penalty. In sum, the Court held, if you’re a “bad boy” under your own contractual definition of one, don’t expect a Court to bail you out of your own mess. Bank of America v. Freed, 2012 WL 6725894 (Ill. App. Ct., December 28, 2012).

In conclusion, there’s a clear moral to this story:

Except perhaps in sports and art, being a bad boy can be hazardous to life (RIP Mr. Alleman), liberty (Turner / Kurlemann), and the pursuit of happiness (Freed)!